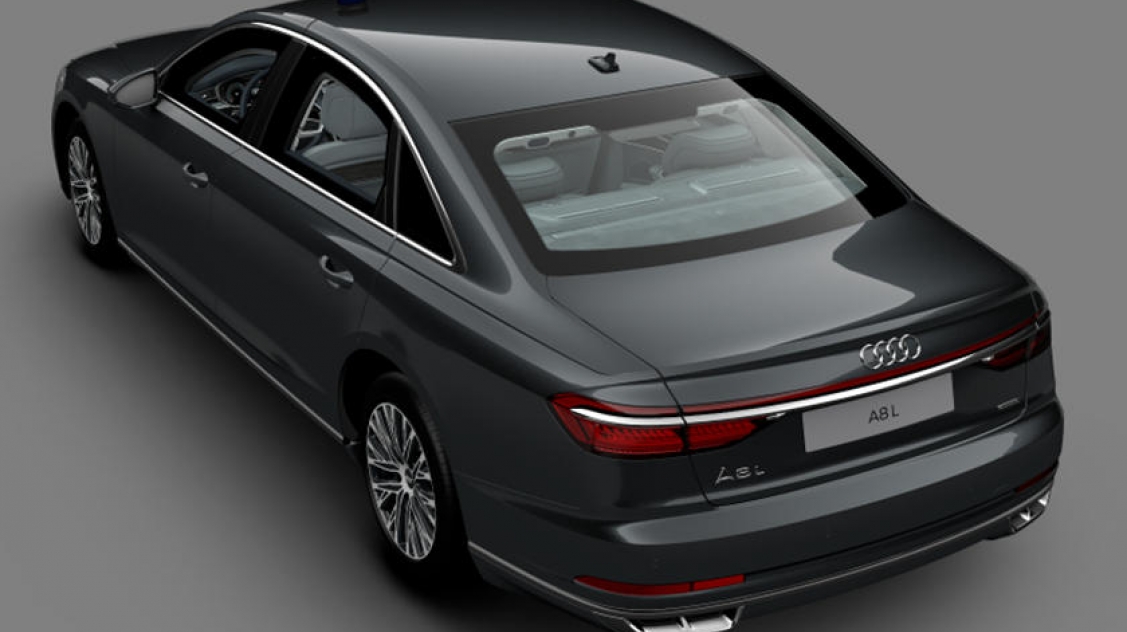 
The ultimate Audi A8 has just been launched: the long-wheelbase A8 L Security. Designed for a specific - and highly valued - clientele who demand maximum protection no matter what the situation, the A8 L Security is reinforced with ultra-tough materials to withstand all manner of violent attacks. It's the kind of car that Tom Cruise could have used as he was running away from an exploding Kremlin in 2011's action film Mission: Impossible - Ghost Protocol.

The modifications made to the A8 L meet the VR9/VR10 protection classification. Which means that this special A8 can shield occupants from bullets as powerful as .50 caliber due to a polycarbonate layer used to achieve this standard of protection. That's just scratching the surface because everything - from the chassis to the electronics - has been revised to meet the stringent requirements of an armored vehicle. All told, it took 400 hours of work in a dedicated facility, where vehicles were tested with sniper rifle rounds, automatic weapon fire, and yes, grenades.