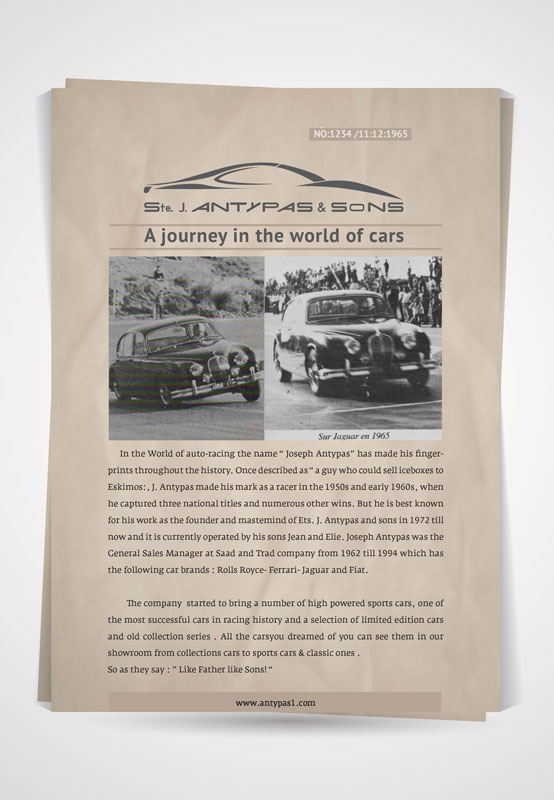 In the World of auto-racing the name "'Joseph Antypas" has made his fingerprints throughout the history.
He was once described as " a guy who could sell iceboxes to Eskimos, J. Antypas made his mark as a racer in the 1950`s and early 1960`s, when he captured three national titles and numerous other wins.
He is best known as founder of Ets. J. Antypas and sons in 1972 till today, it is currently operated by his sons Jean , Elie himself and the team.
Joseph Antypas started his career as the general sales manager at Saad and Trad company from 1962 till 1994 which owned Rolls Royce, Ferrari, Jaguar and Fiat.

Antypas company sells a number of high powered sports cars, most successful cars in racing history , and a selection of limited edition cars .
J. Antypas & sons promise to provide carefully chosen cars that would match each customer profile, quality cars and detailed inspected one before selling them.